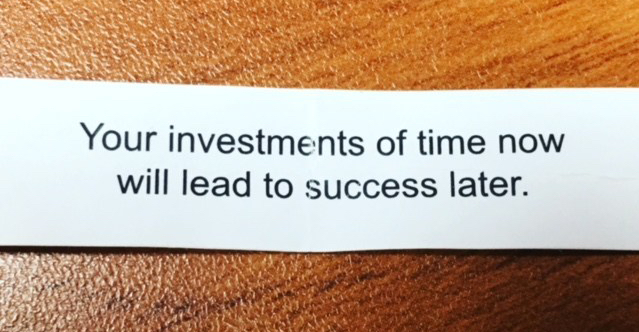 About five or six months ago I stopped writing in my spare time.  I had convinced myself that what I was writing didn’t matter and that I didn’t have enough time to do it.  The truth is that I had listened to and believed a few lies about myself that weren’t true.  “Your voice doesn’t matter.”, “Why would you waste your time writing, when no one is reading this?”  “Who are you fooling?  You’re not a writer.”

These lies were coming from the same dark place.  A lack of self confidence.  The crazy part about that is, I haven’t struggled with low self confidence in a long time.  What had changed?

The bottom line was I was exhausted.  It was the combination of a few different things.  It was the perfect storm actually.  I was entering into a different season of life, my kids were doing the same, ministry had picked up, changes were happening at work and personally.  I was constantly busy but the truth is I wasn’t taking the time I was provided and using it to write.  I wasn’t investing or prioritizing my time toward the goal of becoming a better writer.  I had allowed my schedule and stress that ensued, become a barrier.

I wasn’t creating margin in my life to be refreshed and recharged.

I had also made the goal of getting better at my craft become writing a book and getting it published.  I am still focused on making that happen but I am also dedicated to becoming better at it as a means to accomplishing this goal.  The only way that is going to happen is by investing time.

My new goal is to write something in this space once a week.  Its that simple.  Hopefully you’ll join me every week.  Regardless, I’ll be here.  Looking forward to having more conversations like this.  See ya next week.