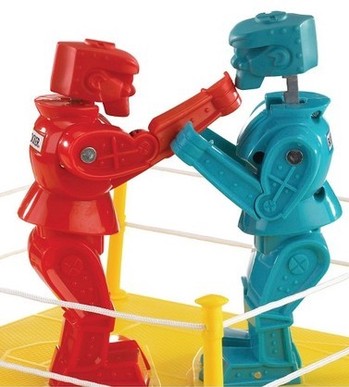 Six months. It has been at least six months since all of our lives have changed. I know, none of us want to talk about it anymore and I totally get it. I won’t rehash it but I will summarize it by saying that I feel like I have been hit by an eighteen wheeler driven by murder hornets, powered by the flames of hell, that was carrying a black hole, located straight in the middle of the “what the crap?!” galaxy with “2020 Ride or Die!” printed on the side of it. The Upside Down is not just a place in “Stranger Things” it is the current world that we are living in. Either that or I have been transported into Bizarro world where down is up, up is down and Thanos snapped his fingers and instead of half of the population disappearing, half of us have lost our ever loving minds.

How do I know you may ask? Cuz social media. All I have to do is log on to social media and try to have a lucid conversation with anyone about anything and it turns into a leg sweep from Karate Kid. Yes, I have been on Netflix way too much during this season. I know because this is my third movie reference and I am only in my second paragraph. I won’t apologize for loving Netflix because love means never having to say you’re sorry. Dang it! Make that four.

Don’t get me wrong, there are plenty of divisive topics out there. I would even say that there are topics worth dividing over. There are certain things that I am passionate about that you and I would disagree vehemently over. That being said, even though you might disagree with my perspective…

We are not enemies.

I will say this a different way. If you and I do not agree on an important topic, we can still be friends. If we are friends, because at one time you agreed to it…at least on Facebook, you do not need to destroy me in an argument nor I you. At one point in human history, this may be very difficult for you to accept, the goal of a discussion was understanding NOT decimating your opponent. Yet, here were are in the middle of Bizzaro World where it is seemingly normal to eviscerate the individual on the other side of the screen. After months and months of this, a few things have occurred to me.

Someone who believes something different, isn’t an idiot. Yeah, I know it’s easier to believe that but it isn’t true. There is a reason why someone believes what they believe. Sure, there are plenty of people who are repeating things that they have heard without considering it and simply repost conspiracy theories without reservation. Yes, there are others who will say something just to get a rise out of people. However, most of the people that I know personally, are trying to make the right decision and have done some reading on the topic. To boot, we are all in the hopeless situation of trying to gather actual facts without an opinionated bias. Good luck friends. It is getting harder and harder to do that. If that is the case, let’s cut each other some slack.

“Do nothing from selfishness or empty conceit, but with humility of mind regard one another as more important than yourselves; do not merely look out for your own personal interests, but also for the interests of others.” Philippians 2:3-4

Consider latitude over platitudes. If people are trying to make the right decision, don’t attack them with meaningless platitudes. Don’t regurgitate something that was in a forwarded email you just received from your great uncle twice removed. Take some time to understand the person you are talking to. Find out what motivates them and why. Learn from your interaction. It doesn’t mean that you will agree with them in the end, but at least you will actually understand what the argument is. You will have gained a new perspective that you didn’t have before. Not for the sake of weaponizing it and using it against your opponent but for the purpose of becoming a better person and being compassionate toward a friend.

“let the wise listen and add to their learning, and let the discerning get guidance—” Prov 1:5

Face to face versus screen to screen. If a conversation escalates, you may want to consider having that “important” conversation face to face rather than screen to screen. Oh, you’re not willing to talk to them in person the way that you spoke to them on social media? Maybe you shouldn’t have said it in the first place and you should apologize. Which brings me to the next point.

“Be kind to one another, tender-hearted, forgiving each other, just as God in Christ also has forgiven you.” Ephesians 4:32

Say what you would say if they were in the room. Yeah, you heard me. If you are waxing eloquent about racism but you would not be willing to say the exact same thing in front of your friend who is black, don’t write that comment or post that article. If you feel like posting a Meme that has ACAB at the top of it but you would not be willing to say something like that to your friend or relative who is a police officer, you shouldn’t post that either. There are many of us who are braver behind the keyboard than we are in reality. Don’t be that guy.

“But the wisdom that comes from heaven is first of all pure; then peace-loving, considerate, submissive, full of mercy and good fruit, impartial and sincere.” James 3:17

Admit that you don’t have all of the answers. We all need to practice more humility. You can be passionate about issues. That is a really good thing. It means you have a heart and you want to make a difference in the world that you are living in. You can do that and be candid about how much you know and how much you do not. Who knows, if you admit you don’t have all of the answers, maybe it will catch on!? Okay, maybe not but at least you will be honest.

“All of you, clothe yourselves with humility toward one another, because, “God opposes the proud but shows favor to the humble.” 1 Peter 5:5

Build bridges, don’t burn them down. If your goal is to silence people, the tool that is commonly used is shame. When you shame people, there is nothing to be gained other than actual enemies. Sure, you will silence the person that disagrees with you but in the process you have hurt groups of people that probably won’t say anything and might believe similarly. When you start from a place of compassion and understanding, you are building a bridge. That bridge will benefit both individuals and can be a starting place for friendship. Instead of living in an echo chamber or silo, you will have friends that will open worlds and doors to different rooms you didn’t even know existed. Rooms that will enrich your soul and help you grow. I don’t know about you, but I have never grown by being around people that know the exact same things that I do and who have had the same experiences that I’ve had.

When we shame others, we burn bridges that could help us grow.

“So then we pursue the things which make for peace and the building up of one another.” Romans 14:19

Look, I know this world is divisive and there are a lot of important topics out there that we each believe strongly about. This does not give you permission to treat others poorly. Sure, the truth hurts sometimes but it doesn’t need our help. We should never weaponize truth in order to silence someone. Instead, our job should be to encourage and build one another up. That takes real work. It also takes relational investment in other people. This doesn’t happen online only.

Here’s the truth, at the end of the day, I want to be more like Jesus. Jesus loved God and loved others. He didn’t agree with everyone; however, He was still able to love everyone and that is what I would like to do. I am not there yet. Not by a long shot. The only way I will get there is by building bridges the way He did. I would challenge all of those who follow Him to live as He did. Yes, that includes what you do online.

It begins by the way we position ourselves toward God and other people. We are not enemies, we are friends. If we start there, and we let our faith and our relationship with others drive the conversation, we’ll get there. Faith, hope and love to all of you.

2 thoughts on “We are not enemies.”