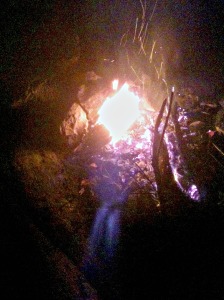 We both know, deep down that it isn’t true though.  Imagine yourself saying that same exact thing in front of the person you are frustrated with.  Now, if you are okay with that and you wouldn’t mind saying the exact same thing to you AND you imagine that this person wouldn’t be hurt by those words, you MIGHT be okay.  Either that or you are completely socially unaware.  One of the two.

Matthew 18:15-22 reminds us that if you have an issue with someone, take it to them.  There is a whole process in place that follows but that’s a good place to start.  Other passages remind us to say those things lovingly (Ephesians 4:15) and by using the golden rule (Matthew 7:12).  My limited experience always shows me that when this doesn’t happen, people tend to demonize others and then jump on the proverbial bandwagon by make that person the target of all of their frustrations with life.  I do that too.

Once I remove the gossip from my life and refuse to engage in it, the fuel is taken away.  Then I can begin to pray for that person and for my own attitude.  So if you are tempted to engage in gossip, remember that.  Then, instead of jumping on the bandwagon with angry people, stop the gossip. Take away the fuel and watch the fire turn to smoke.

“For lack of wood the fire goes out, and where there is no whisperer, contention quiets down.” (Proverbs 26:20)